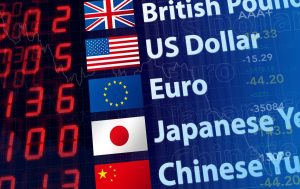 With over $5 trillion worth of currencies moved internationally every day, the foreign exchange market, often known as the currency or forex (FX) market, is the world’s largest and most liquid financial market. Foreign exchange is always done in pairs. This is due to the fact that forex trading involves buying and selling currencies at the same time.

When forex trading in the market, traders have a wide range of forex currency pairs to pick from. Any currency combination that includes the US dollar (USD), which is currently the world’s largest economy, is considered a major currency pair. The most widely traded currencies in the foreign exchange market are known as major pairs. The following are the seven most popular forex currency pairs in the world, all of which may be traded using spread bets and CFDs:

The EUR/USD, popularly known as the “Euro,” is perhaps the most popular in forex currency pairs. According to established conventions, the euro has taken primacy as a base currency since the European Central Bank’s creation in 1999. Economic releases from both the US Federal Reserve and the European Central Bank have an impact on the pair. A strong dollar causes the pair’s value to fall, and vice versa.

The “Gopher” is a term used by traders to describe this pair. Because Japan is one of the world’s largest net exporters, merchants and investors must change local currencies into yen on a daily basis. For “carry trade” methods, the yen they are also a popular forex currency pairs. Carry forex trading is a strategy that is comparable to “buy low, sell high.” Traders might profit from the interest rate disparity with USD due to a persistent lower interest rate on this pair, despite a stable exchange rate.

Itis a currency that is traded between the United Kingdom and the United States. The exchange rate between these two currencies was sent via a massive cable that ran over the Atlantic Ocean’s floor in the 1800s, and forex trading this pair is commonly referred to as trading the “Cable.” Experts from all over the world are keeping a careful eye on these forex currency pairs’ performance throughout the ongoing Brexit negotiations.

The interest rate discrepancy between the US Federal Reserve and the Swiss National Bank, often known as the “Swissie,” has a significant impact on the pair. The Swiss franc is regarded as a safe haven currency, which implies that it appreciates against the US dollar in times of great volatility and uncertain global market circumstances.

These forex.currency pairs, known as the “Aussie,” are a popular commodities pair. Australia’s economy is based on commodity forex trading, and it is a major exporter of coal and iron ore. As a result, the AUD’s value is significantly influenced by commodities prices. Other pairs, such as the USD/JPY and USD/CHF, have a negative correlation with this pair.

The “Loonie” is another popular commodity pair. Canada’s economy is likewise reliant on commodity prices. It has vast timber, natural gas, and oil deposits. Its physical proximity to the United States is a benefit, as these forwx currency pairs share massive trade volumes with the US. The CAD has grown sensitive to market volatility as a result of US President Trump’s escalating trade sanctions on Canada and the Canadian government’s retaliatory levies.

The “Kiwi,” named after the renowned New Zealand fruit, is heavily influenced by the dairy and tourism industries. Because New Zealand is the world’s top exporter of dairy products, the NZD tends to strengthen as milk prices rise. New Zealand’s economy also relies heavily on tourism.

Rates of Forex Currency Pairs are updated in real time

The foreign exchange market is unique among financial markets in that it lacks a physical presence or a central exchange. The entire market is run electronically through a bank network. It also runs constantly for five days a week, 24 hours a day. Individual retail traders, banks, and businesses all forex trading in the FX market, which is the most popular financial market.

Every working day, all major currency pairings have extremely liquid markets that trade 24 hours a day.

-Due to the fact that big forex currency pairs are the most liquid and widely traded in the world, spreads will most likely be tighter. As a result of the tighter spreads, one’s trading expenses are lower, and one’s profit margin is higher in any trading mindset.

-Trading hard currencies means that the value of the currency is less likely to drop unexpectedly or change greatly. In the FX market, the best forex brokers it is a stable currency that is widely acknowledged and typically liquid.

The forex currency pairs you choose to trade may be determined by the country in which you will be trading or by your analysis of where you believe there are the best profit potential. Always remember, though, that all trade decisions should be based on thorough research and risk management. Exotic forex currency pairs are also available. These are the least liquid and least traded currency pairs in the forex trading market. Prices might swing dramatically, and spreads can be huge due to the limited volume of trades. There is also less historical data on these combinations, so individuals who rely on forex technical analysis may have a tougher time finding information.