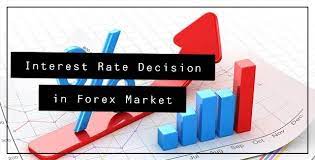 forex interest rates and forex trading have a significant inverse relationship. The interest rate of the currency is the fundamental variable that dominates over all others in the forex market.

It can be more clear with the picture below. 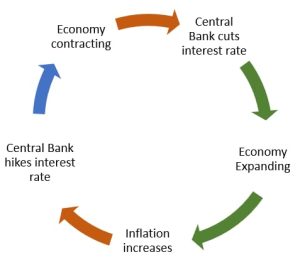 Why Do Forex Interest Rates Matter to Forex Traders and What Do they Mean?

Operations in the open market:

the market-based buying and selling of securities with the intention of affecting forex interest rates.

The rate of discount:

The interest rate applied to loans obtained by commercial banks and other depository institutions through the lending facility of their regional Federal Reserve Bank.

The management of inflation and the advancement of forex rate and exchange rate stability are the two fundamental responsibilities of central banks. By regulating the nation’s money supply and altering forex interest rates, they accomplish this. When inflation is ticking upwards, above the central bank’s target, they will increase the central bank rate (using the policy tools) which can restrict the economy and bring inflation back in check. 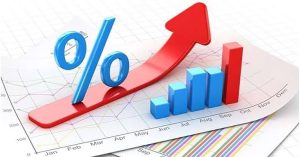 Economies are either expanding or contracting. When economies are expanding, everyone is better off, and when economies are contracting (recession) they are worse off. The central bank aims to keep inflation in check while allowing the economy to grow at a modest pace, all by managing the interest rate. When economies are growing (there is positive GDP growth), consumers start to make more money. More income results in increased expenditure, which drives up prices since more money is used to purchase fewer things. Because unbridled inflation can have disastrous effects, the central bank works to keep inflation at its target level, which is typically 2 percent by raising forex interest rates. Higher forex interest rates make borrowing more expensive and aid in curbing inflation and spending.

Visual understanding is simpler. The candlestick graph below shows the difference between the two-year AUD government bonds and the two-year USD government bonds, as well as the AUD/USD currency pair (orange graph). According to the relationship, the currency depreciates as the yield on AUD bonds falls in comparison to that of USD bonds. 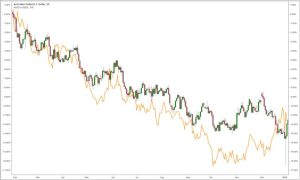 As different events and circumstances are anticipated, markets are constantly altering. The similar thing happens with forex interest rates: they fluctuate, but not nearly as frequently. Because current forex interest rates have already been “priced” into the price of currencies, the majority of best forex brokers and  traders don’t spend much time considering them.

It’s also critical to understand that changes in forex interest rates typically coincide with changes in monetary policy, or more specifically, with the conclusion of monetary cycles. It’s almost certain that the opposite will occur if rates have been falling steadily over time. Rates will eventually need to rise. And you can rely on speculators to attempt to predict when and by how much that will occur.

Forecasting Central Bank Rates and Their Effect on Forex Markets

Fed funds futures are contracts that are traded on the Chicago Mercantile Exchange (CME) and indicate expectations in the market on the location of the daily official federal funds rate at the time of the contract’s expiration. The interest rate’s future location is always predicted by the market. It is a trader’s responsibility to predict a shift in these expectations.

A trader must pay close attention to what central bankers are now watching in order to forecast central bank rates. Central bankers make an effort to be as open as possible with the general public about when they anticipate raising forex interest rates and which economic indicators they are currently keeping an eye on. 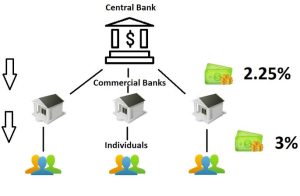 Trading the outcome of interest rate news releases involves purchasing or selling a currency as soon as the news is released. For additional knowledgeable advice, check out our guide to news trading. In order to influence market expectations, advanced forex traders may try to predict shifts in central bankers’ tones. Traders will achieve this by keeping an eye on important economic indicators like inflation and trading ahead of talks by central bankers. For knowledgeable analysis of recent and upcoming central bank decisions, check out our Central Bank WeeklyWebinar. 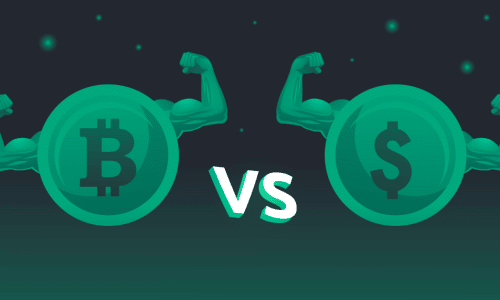